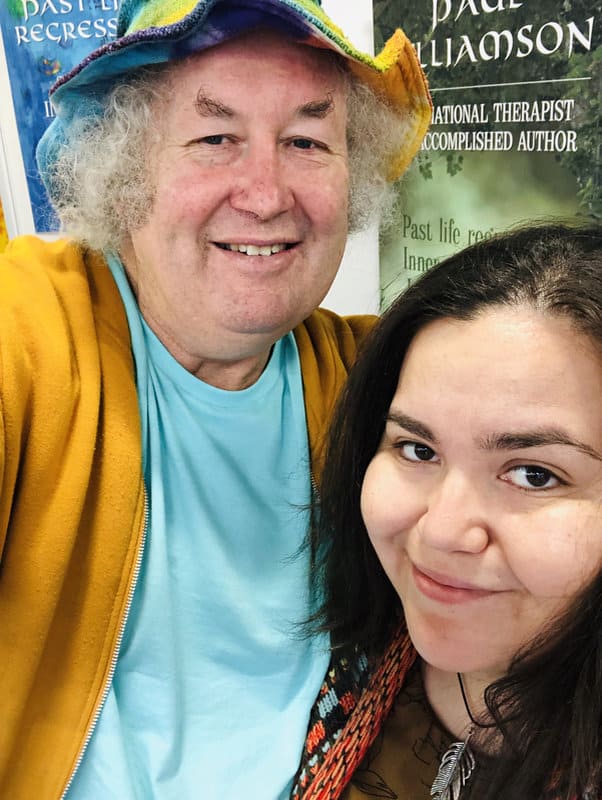 Paul and Dee met at a Mind Body Spirit festival in Sydney in October 2018. Shortly afterwards, Dee had an intense past life session with Paul which began a process to completely transform Dee’s life. In the meantime, Paul recognised a depth to Dee's soul. Over the next months, the two of them forged a close friendship. They shared numerous meetings, meditations, and discussions about how they wanted to live their lives and what their purpose could be. Dee made contact with her Spiritual Guides, and this was instrumental in helping her move on from the lifestyle that she had previously had, to a more Spiritual one where she could apply her gifts to help people. Both had the strong feeling that they had been meant to meet, and that they had work that they needed to do, as a service to Humanity. For Paul, he had been offering his therapy skills and healing to people for many years. However, with Dee, their energies could be combined to serve and help others in ways that neither of them had done before. Dee felt that her soul had been awakened through her work with Paul. Now, they both felt that this was the work that they wanted to do together, supporting people on their soul journey. They made a decision to form a working partnership, and Soul Pathways was the fitting name that they chose for their joint enterprise.

During 2019, Paul and Dee travelled to many locations throughout Australia and to the UK and New Zealand. Dee did her Evolutionary Astrology, while Paul did Past Life Therapy, Inner Child Healing and Life Between Lives Therapy. They devised workshops together and worked with numerous groups and individuals wherever they went. Feedback from people consistently praised the energy between Paul and Dee and how well they worked together. It was the beginning of a project that wanted to grow. Paul and Dee felt an urgency to help as many people as they could, especially healers and sensitive souls, so they could find inner strength and confidence to connect with their souls and to live from that.

In early 2020, around March their travelling plans collapsed with the arrival of COVID. Soul Pathways had to adapt and find some new ways to express itself. Paul and Dee began to develop their own online workshops, using Zoom, and form some foundations for a Spiritual Community of like-minded people from around the world. Their workshops have been successful and widely acclaimed. They found that they could initiate deep processes for people by utilising series of graduated guided meditations and sharing to bond people together and help them with their own inner learning. Those workshops continue now, and Paul and Dee have plans to further their travel and deepen their connections with their work in the times to come. 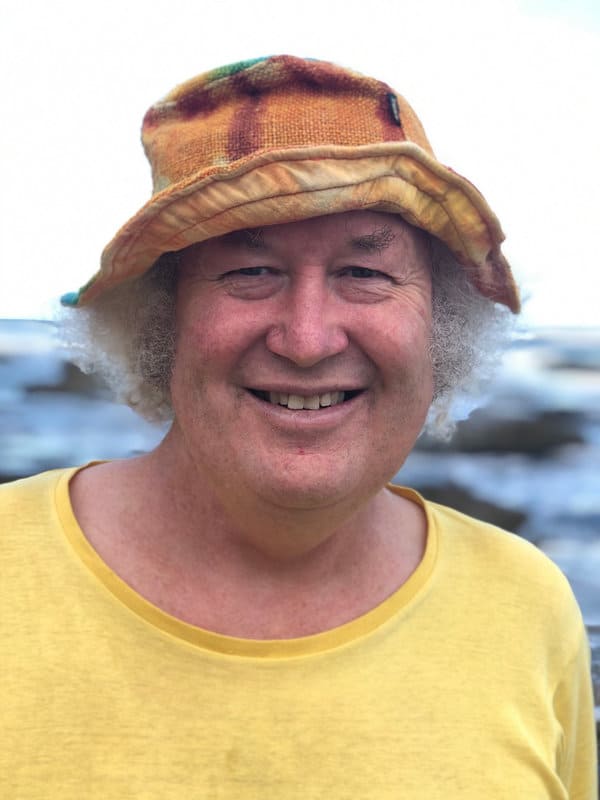 Paul Williamson was born and brought up in NSW, Australia. Much of his adult life though, has been spent in the UK and Europe. Paul has a long history of working therapeutically to help people. In the 1980s, Paul was a member of NewBold House, within the Findhorn Foundation in Scotland. Here, he learnt to lead personal and Spiritual development workshops. Paul led numerous workshops on themes such as helping people find inner purpose and direction, and creativity groups. After four years at NewBold House, Paul wanted to work deeper with people, so he learnt Hypnotherapy and studied to become a Past Life Regression therapist. This was in 1988. In the early 1990s, Paul teamed up with Marjorie Wilson and founded a Healing Group that continued for 10 years. In this Healing group, Paul learnt about Channelling and Spiritual Healing and began to teach Channelling to others. From 1992-4, Paul studied Past Life Therapy with Dr Roger Woolger. Through this training Paul gained training in trauma release and skills he could use for Inner Child Therapy. In 1999, Paul had his first book published. This popular book was called Healing Journeys and it included many case studies from the various aspects of his work. Now, Paul has had 9 books published, with more to come. All his books are directly about Spiritual Forms of Therapy and Healing. Some have been written in the form of stories, while others have been more explanatory books. In 2012, Paul completed his training in Life Between Lives Therapy, with the Newton Institute. This therapy opened a lot of new possibilities for Paul about helping people to open to their souls. Paul felt that he needed to travel and help people in many different locations. He developed a nomadic lifestyle. However, in 2019, Paul finally returned to Australia to live. Through meeting Dee, a year earlier, the two of them founded Soul Pathways, an enterprise designed to help people to learn about their souls and to find a purposeful and caring foundation to their lives. Throughout 2019 and the beginning of 2020, Paul and Dee travelled, developing workshops, sessions and talks that they could give to help people. In 2020, Covid struck and the travelling days had to stop. Since March 2020, Paul and Dee have been devising many online personal and spiritual growth workshops using Zoom. These have attracted a growing number of participants. Now, Paul does a lot of his work alongside of Dee, with Soul Pathways, but he also has his therapy work, mentoring and book writing that he does himself. 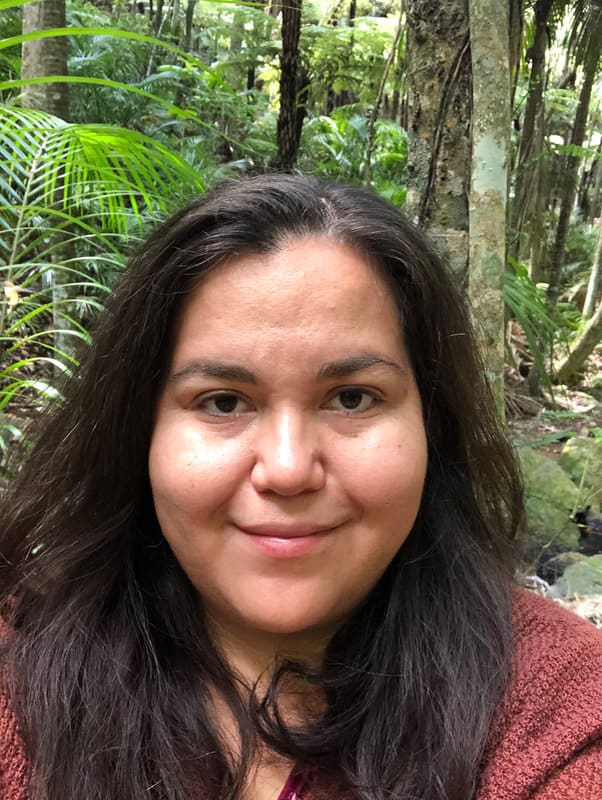 Dee is an Evolutionary Astrologer, spiritual counsellor and channel. Dee has a deep spiritual connection that comes across in all her work. Her life long study and devotion of Astrology and service, can reveal to you what your personal Soul evolution via the birth chart says about you and your personal journey. This can offer affirmation, insight and a way forward in life. Dee has been doing this work via personal sessions, workshops and talks all over Australia and the UK. Being guided by her spiritual teachers, guides and healers, she offers not just chart readings, but spiritual counselling for reassurance and support. Dee channels one of her three main guides twice a month during Soul Pathways weekly Healing Circle. She has worked closely with Paul to build and maintain Soul Pathways but also to co-create and co-programme their workshop and event schedule. Dee was born in El Salvador, but has lived in Australia for most of this very interesting and healing life!

Dee has 6 guides, 3 which work through her solely on a spiritual realm, and the other 3 which communicate through her. Reina, a light being from another dimension, she is an energetic healer whose main concern is for the heart energy present in our world. Sasch, an ancient spiritual teacher, who is present to aid humanity through their need for spiritual evolution. And Duncan, a divine seer who has a great love and vision for the future of Earth and all her children. Due to her strong spiritual connection, there is a lot of wisdom and healing energy that comes from those guides. They communicate through Dee twice a month via our weekly Healing Circles and welcome questions of all kinds. Dee has a long history of channeling, being able to sense spiritual energy since birth. Dee first channeled when she was 15 years old, when her then spiritual guide Ronald made himself known that he was there to guide her into finding what he called "Inner Sovereignty", a true sense of self knowing, independence and strength. Her entire personal journey has been to spiritually navigate towards that absolution and to help others find it within themselves. Dee and Paul offer courses on how to channel the divine, and how to communicate with spirit, please feel free to enquire about our next channeling and healing course.

Our Services
Other
In the Blog